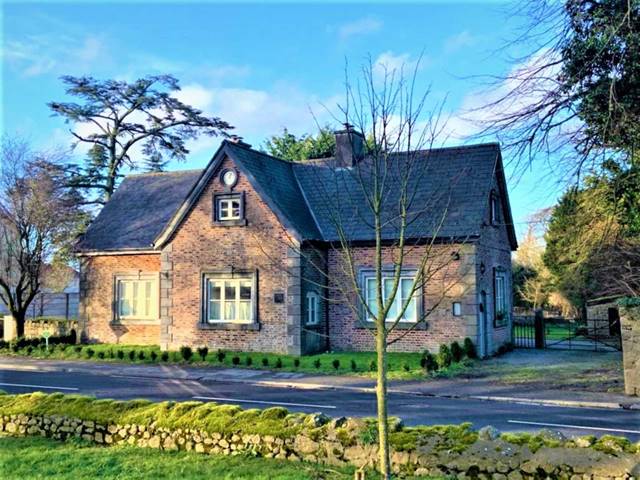 This residence known as ‘The Agents House' was built in 1860 by Lord Digby. It holds a prominent position within the picturesque village of Geashill. A detached 3 bay 2 storey house with central projecting gable fronted bay and extension to rear. Attractive yellow brick walls with Flemish bond and reddish mortar, indicative of its era. The rendered chimney stacks and tooled coin stones are also beautiful features. Oculus to the front with its tooled stone surround and now refitted with its original clock. The segmental headed door and ornate window surrounds are an additional feature to a perfectly proportioned building. The 10ft side-entrance leads to a large private walled garden to the rear complete with its original cut-stone sheds.
A unique property, in one of Ireland's most picturesque villages.
8 ½ miles Tullamore, 8 ½ miles Portarlington train station.

Medieval Geashill
An Anglo Norman settlement was built here in 1185 by the First Baron of Offaly, Gerald Fitzmaurice Fitzgerald. Only the West wall of the original castle remains. In 1598 Lettice Fitzgerald married Robert Digby from Warwickshire, who was brother of the First Earl of Bristol and whose son was created first Baron Digby of Geashill in 1620. The estate contained 34,000 acres.

19th Century Geashill
Edward St. Vincent Digby came into the estate in 1856 and it was under his management that
William Stuart Trench was appointed ‘Agent' from 1857 – 1871. Under his guidance the barony of Geashill experienced a ‘golden age' of prosperity. Vast improvements were made to the architecture of the village including the construction of The Agents House in 1860. Furthermore the landscape gained national and international recognition for Lord Digby as well as earning Trench the legacy of an improver well ahead of his time. However not all members of the community shared in the prosperity, Mr. Trench was also described as ‘an Agent ruthless in his management who broke leases, levelled people's homes and banished the poor.'

Directions
From Dublin take the M7 Motorway and exit at Junction 14. From Monasterevin proceed to Portarlington and out the R420, the main Tullamore road. Pass through Cloneygowan Village and onto Geashill. Newlands Cross is easily reachable within 1 hours drive. Portarlington train station 15 minutes, with its 26 trains daily to the capital.

VIEWING STRICTLY BY APPOINTMENT ONLY
WITH SOLE SELLING AGENTS
MATT DUNNE & ASSOC. RICS SCSI
(057) 8623349
Licence Number 002572
These particulars are for guidance only and do not form any part of contract. While care has been taken in their preparation, we do not hold ourselves responsible for any inaccuracies that may occur. They are issued on the understanding that all negotiations will be conducted through this firm. 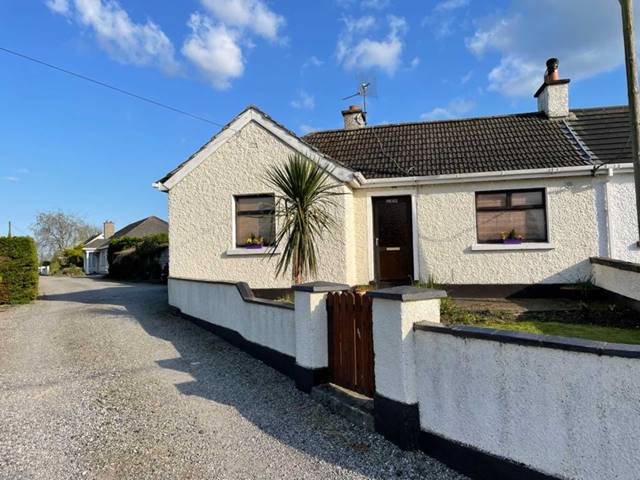